Reflections on a decade in the sexual violence sector

Ten and a bit years ago I rang a door bell to what otherwise looked like a residential flat above a shop. It was bitterly cold and as I was shown up the first flight of stairs an apology was made for the mould growing on the walls (something which caused ongoing mould allergies for years after).

“Take a seat, it’s really cold in here so do keep your coat on if you want”.

And so my interview began for a part time role on a minimal salary, that I didn’t know then would change the course of my life. Were I older, wiser, perhaps less of an idealist, I probably wouldn’t have taken the job, and I probably wouldn’t be where I am today. Thankfully a decade ago, things worked out a little differently. 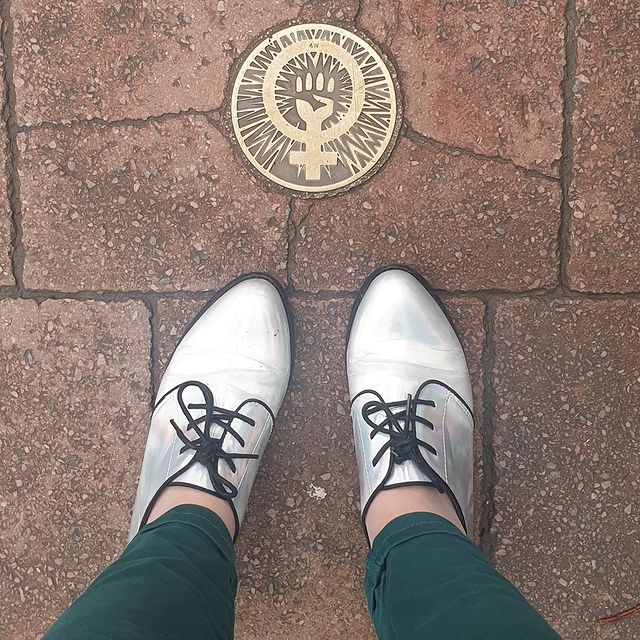 But here’s what you should know about what the past ten years of working in the sexual violence sector has taught me:

There are many schools of feminism

Like religion, feminism is in many senses a ‘broad church’. Whilst on many topics I sit firmly in my camp, it has taken years of thinking, and reading, and learning to define what my feminism means to me. Don’t assume you can brand it up and stick it on the front of a Paperchase notebook and we’ll all agree. Do your own learning and reading, think about the issues that are important to you. There are equally some things I still haven’t worked out my feminist stance on, but I continue to learn and mostly I think that’s all we can hope for – to have an open mind, and enough courage to recognise what we don’t know.

Don’t be too hasty to judge people

When I joined the network I considered myself an ‘accidental feminist’. It was very much running through my blood that women should have equality (oh, hello school sports teams where the boys tried to say girls couldn’t allowed to play in the interform football matches, until every team had at least one girl, I think mostly just to shut me up…) but I couldn’t tell you much about the theory of feminism. I’d like to consider myself pretty well versed these days, but only because people had open hearts and were willing to embrace my questions (I’m still on the fence about whether or not we can deem the Spice Girls feminist). Don’t assume just because someone isn’t articulate or educated they don’t, or can’t, understand.

Sometimes your actions won’t be feminist

It’s impossible to be a ‘perfect’ feminist. I’m not going to deny that I have a real soft spot for some movies which are not in the least bit feminist. Sometimes I buy into the media narrative that says youth and good looks are important. It’s impossible to be a perfect feminist in a world that’s ruled by the patriarchy. The trick I think is to know it, own it, and then forgive yourself. Besides, Love, Actually makes for excellent drinking games…(yes, the men in it are super sleazy, and it’s full of fatphobia but it has an octopus in the school nativity play and Emma Thompson for balance).

You have to learn which battles to pick

Unequal cross country running distances, the distinct lack of women represented in paintings in Oxford Town Hall, unequal pay, the fact that women still bear the brunt of most domestic chores, sexual violence. I’ll admit over the years I have started many fires and then walked away when I’ve realised I don’t have the energy to fight every battle against the patriarchy. I’m slowly learning that sexual violence is my fight. I can support those who are fighting other things, I’ll share your campaign even give you an hour or two of my time when it’s helpful, but I can’t expect myself to be the person who’s able to take on every feminist fight there is.

You will always have your doubters

Those who say you’re wrong, that you can’t do whatever it is you’re thinking of. Sometimes patience and a smile really is a virtue. That being said, be willing to stand up for what you believe in, and do so unapologetically and passionately. It’s taken me a long old time to realise I am a person led by values and that I no longer have time for those who doubt my intentions. I am unwilling to accept violations of human rights, and that’s a hill I’m happy to die on.

We must always be mindful of drama triangles

We cannot work in the sexual violence sector and not recognise that the drama triangle of victim-rescuer-persecutor will play out in our teams and in our organisations. There are people who misuse power, and similarly people who will hold the roles of victim and persecutor. We’ll move around on different days but we must always be wise to it, and able to talk about the dynamics which are taking place. To ignore it, will only serve to create bigger issues. The same goes for families, and pretty much any other relationship. I normally hate counselling speak stuff, but learn about the drama triangle, I promise it will better your life.

I’ve burnt out several times over in the past decade. No matter how much we do, there is always more work to be done. Sexual violence is an epidemic we will never fix in our lifetime. There will always be more people to support, more campaigns to run, more patriarchy to overthrow. That doesn’t mean we should give up though, just that we should make sure we pay attention to the ‘small’ wins, the changes to the legal system, the fact the organisation I run is able to work with far more survivors than ever before, the thank you cards from the women we support. They all add up, but you will feel defeated if you don’t pay attention to them.

We are stronger together

Despite our differences, or better yet because of our differences, we are stronger together. The sexual violence sector is called a movement for a reason. Together we make change. Just as the world is in constant flux, so is our sector. We must continue to embrace that change, and to take stock of what further changes we need to make in order to become stronger. 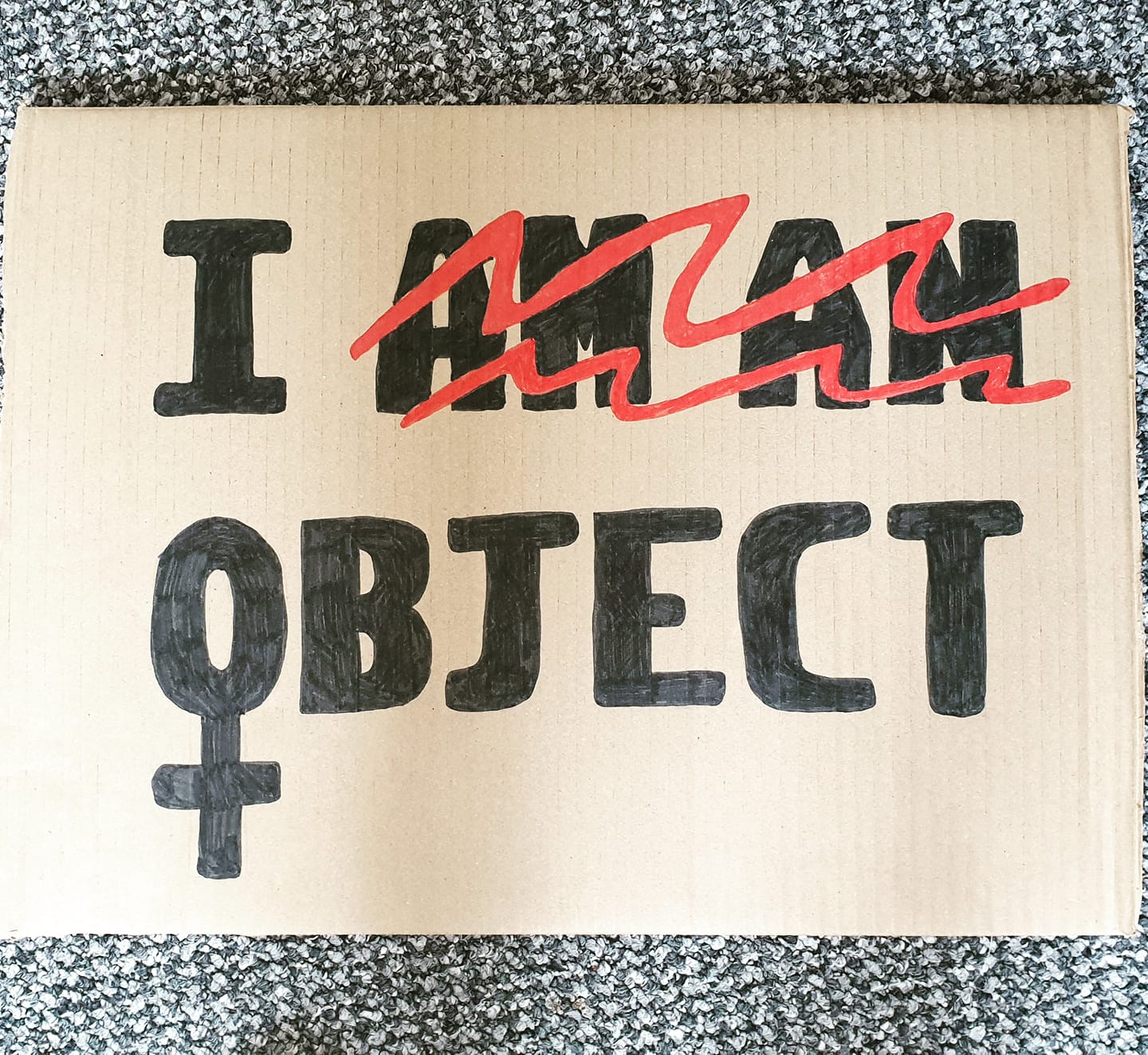 And finally, an early edition of Catcall (an early feminist zine) had an article entitled ‘will the women’s movement survive?’ in it the authors note:

But sometimes what we want is one thing, what we get is another. Since movements, no matter how noble and highly motivated, do not continue of their momentum, we have a duty to assess, evaluate, analyze, take stock. We must try to measure the health of our movement and figure its chances for growth and, indded (sic), for survival. And if we see that our movement is in ill health, we must name what we see, and try to cure it.  (Weisstein & Booth, 1978)

And I firmly believe that remains to be true. We must continue to grow, to adapt, to name the ills we see, and to try and remedy them. If the last 10 years has taught me one really key thing, it’s that if the patriarchy is the immovable object, then we must remain the unstoppable force.